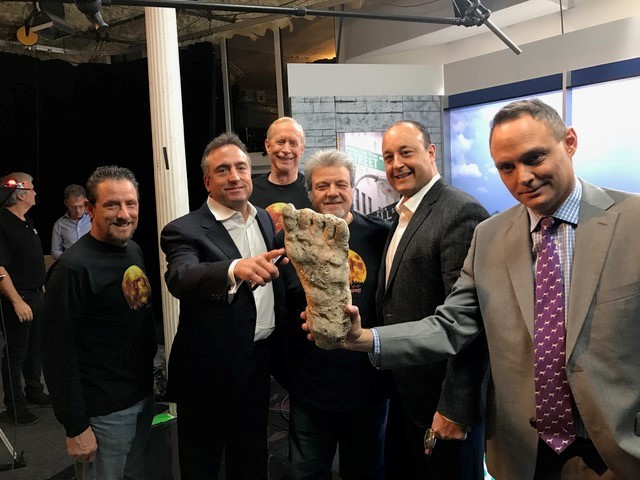 According to TJ Biscardi, Bigfoot Project Investments is planning an expedition this spring in the southern areas of the United States and have found a southern Bigfoot migrational route. The team will follow on knowledge of the Bigfoot seasonal path where the creatures migrate. There are a lot of snakes in the wilderness and the Bigfoot team will have to be very careful and they navigate the terrain in search of the creature.

In our previouse episode we spoke with Michael Greene, author of Sasquatch For Sale,death DNA and duplicity and expedition member of Bigfoot Project Investments. Green explained how the team was composed of a four man expedition is on the road for about nine months a year and travels around the country to investigate Bigfoot tips. The expedition is led by T.J. Biscardi, a former Army Ranger, who, according to Greene, has changed the emphasis  from collecting evidence to obtaining a bigfoot body, as so much evidence exists. Says Greene, “Our goal is to obtain a bigfoot to settle the question of its existence once and for all. I like to use the example of Evita Peron. When she died her husband had her stuffed so he could roll her out for dinner every night. My point is that over the course of history humans have killed, stuffed, and or eaten everything else in the whole world including each other. Why should Bigfoot get a pass? We only need to get one  to put in the Smithsonian and study it.” Greene argues that no bigfoot corpses have been found as “animal bones are rarely found in the woods, decay very quickly, are eaten by other animals, or it is possible that bigfoot bury their dead”. Greene added “Just how many black bear skeletons have you found lately?”.

Greene has states “I’ve heard hundreds of  stories from people who  swear with tears in their eyes about their bigfoot encounter; but until you see it for yourself for sure you can’t believe it 100%. Once you do then your whole perspective shifts completely and you can’t let go of it, you just can’t.” Tom Biscardi the CEO of Bigfoot Project Investments began searching for the creature in 1967 and has seen the creature eight times. Biscardi’s son TJ saw a bigfoot in 2007 is a believer as well. Green has seen bigfoot one and a half times, after twenty five years of looking. Green saw a bigfoot “Once for sure through a thermal imager at 3am about 90 feet away for about 10 seconds. It was obviously a bigfoot, this great big thing taller than me at 6’5”, walking through the woods. The second time was at 11:30 at night, in January, at an old grave yard, 80 yards away and it was either a naked person or a small bigfoot. It was hunkered up by a tree and as it saw me coming it scuttled out of sight, but I got it on thermal video”.

Greene thinks the creature’s primary food  is deer, which gives them a fairly constant supply. He reports of numerous incidents of bigfoot throwing rocks into campsites to scare people away ,but they never hit people. Greene believes “If you can throw a big rock like that, that accurately for a long distance, then you can very easily disable a deer. Bigfoots are  omnivores, opportunists, like bears. One of the most common sightings, other than seeing them run across the road at night in front of your car is to come over a hill top and see them down below foraging in berry patches, raspberries or blueberries. So they eat pretty much everything”. Bigfoot do not have a history of hurting people. Green points out “Of the thousands and thousands of encounters in only a handful, way in the past, has anyone been killed. I think they are smart enough to know that if they hurt us we are going to turn on them big time. And when they see all the things we have developed, cars, and planes, and guns they know to back off.” But Greene finds the creatures are very curious about us, especially the younger ones. Greene tells the story of how once in Yellowstone National Park, a young one about five feet tall showed up  poking around a campsite. When the campers returned and saw the youngster all of a sudden back in the woods they heard  a deep voice in bigfoot Sasquatch language “Hey junior, get your butt back here”. Greene explains that Bigfoot seems to have a language that they call Samurai chatter, that sounds like someone speaking in oriental tones.